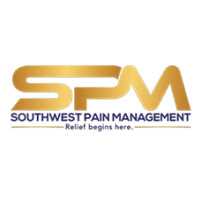 If you’re always on edge and experience regular flashbacks caused by PTSD, you might benefit from a stellate ganglion nerve block injection. This safe and simple treatment is available now at Southwest Pain Management in Irving, Texas, where the experienced clinicians can administer the injection in their office procedure suite. Find out more about stellate ganglion nerve blocks and how they can ease PTSD anxiety by calling Southwest Pain Management today, or book an appointment online.

What is a stellate ganglion nerve block?

The stellate ganglion is in your neck, and it’s a part of your sympathetic nervous system. This part of your nervous system controls automatic responses, like sweating when you get hot. It’s also where your fight-or-flight response comes from, preparing you to deal with any threats.

Stellate ganglion blocks can be helpful in treating chronic pain in the head and neck and increasing blood flow to the arms. SGB injections are beneficial for patients who have conditions involving nerve pain, such as complex regional pain syndrome (CRPS) and post-herpetic neuralgia.

What is post-traumatic stress disorder?

A serious form of anxiety disorder, post-traumatic stress disorder (PTSD) affects people who’ve been involved in or witnessed traumatic events. It can also develop after years of being in a traumatic environment such as an abusive relationship.

PTSD causes symptoms such as:

One of the principal symptoms of PTSD is having flashbacks. These can happen when you see, hear, or smell something that reminds you of the traumatic event. The trigger takes you right back to the time you experienced the trauma that’s causing the PTSD, so you relive it again.

How does a stellate ganglion nerve block help with PTSD?

Stellate ganglion nerve blocks aren’t a cure for PTSD, and they don’t have any effect on depression or other symptoms typical of patients who have PTSD. Neither do they treat bipolar disorder, schizophrenia, seizure disorder, personality disorders, or other mental health conditions.

The experts at Southwest Pain Management can perform a stellate ganglion nerve block for you at their office procedure suite. Call today to schedule a consultation, or book an appointment online.